“…lil boy’s got his own life to live“

Guyana is a fascinating place.

Often considered a Caribbean country due to its strong cultural, historical, and political ties with the Anglo-Caribbean bloc, yet there it lies at the top of South America for all to see. An English speaking South American country, where (similarly to Suriname) less than a million people live and the largest ethnic group are of Indian origin. 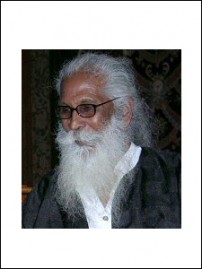 And it is to the heart of this community I travelled to in this latest stop on the book tour with the novel Guyana Boy by Peter Kempadoo (pictured right), which deals with a young Indo-Guyanese boy called Lilboy Sanjevi growing up on a rural sugar estate in 1940s British Guiana (incidentally the author is the father of Oonya Kempadoo -whose novel Buxton Spice, which I would also recommend, was chosen by Ann Morgan, in her blogpost for Guyana).

This charming novel revolves around 12 year old Lilboy, as he embarks on his journey towards education (albeit begrudgingly, he’d rather be watching cowboy films at the local cinema), at the behest of his family, especially his mother who wants him to “get through…school and get a piece of paper to show and then get a respectable job in an office and not have to go licking them sugar-estate’s backra-people’s boots“. She is concerned that if he continues socialising with the “estate riffraff“, like his appropriately named Dougla friend Jiggertoe, he’ll end up like his father, the head gardener on the local sugar estate.

Set somewhere on the “COURANTYNECOAST, INTHECOUNTYOFBERBICE, IN THE COUNTRY OF BRITISH GUIANA, ON THE CONTINENT OF SOUTH AMERICA, IN THE NEW WORLD” (according to Lilboy’s school writing assignment), each chapter depicts a different episode of Lilboy’s formative years and in true bildungsroman style, shows his growth and expanding awareness of his life and reality.

From preparing for the annual estate Christmas tea party, where the estate owners, the English Milner family welcome their employees Lilboy comes to see the social hierarchies of the time, to witnessing the “bloody hard backbreaking work” of shrimping with his grandparents, where he begins to understand what work he can expect without the benefit of education, Lilboy learns and matures.

Of particular interest is the way Lilboy narrates how his family maintain their Tamil identity as “Madrassees” whereas “most everybody else on the estate were Calcuttis“. The Sanjevi family try to keep the traditions and festivals that their ancestors brought from India alive (not to mention the numerous references to delicious sounding rotis, fish curries and Indian sweets). Despite being a church-going family, Lilboy grows up hearing of the Hindu gods Lakshmi, Hanuman and Lord Arjunen as well as Kali (whose throat-cutting, blood drinking exploits make the western fairy tales he hears at school sound pretty tame) and it is to the the village sadhu that Lilboy runs when his grandfather passes away, not the Anglican church.

This also touches on another point I found fascinating in the novel, the depiction of how different cultures blend to form a unique Guyanese identity. In Lilboy’s world, Indo-Guyanese men sing calypsos and drink rum in their local bar before returning home to wake up early for Anglican church services.

I also enjoyed the imaginative and inventive language that Kempadoo creates, which gives Lilboy an idiosyncratic narrative style, in his world ducks ‘yakle’ their food down and fire ‘swinjes’ off hair. Although at times I would have benefitted from a glossary for some of the colloquial vocabulary, at one point Lilboy states: “nearly every clump of button-wood had a pasie or quakoo nest and the marabuntas buzzed, threatening, when I went too near“. I don’t know what a ‘pasie’ or a ‘quakoo’ is, but if what Pa, Lilboy’s grandfather, says is true: “if pasie or quakoo sting you, you gwine fart in your pants and lie down right away and get fever” – I’ll steer clear if I ever come across one!

In this novel Kempadoo excels in rich, earthy portrayals of the subject matter, which makes this book a distinctly sensory experience. We are transported to the sights, smells and sounds of his rural childhood, where we stay until Lilboy, as a young man, moves to Georgetown at the end of the novel to work in the drawing department of a newspaper.

All in all, a funny, moving and charming portrayal of a rural childhood that comes much recommended from this blog.

One thought on “Guyana”